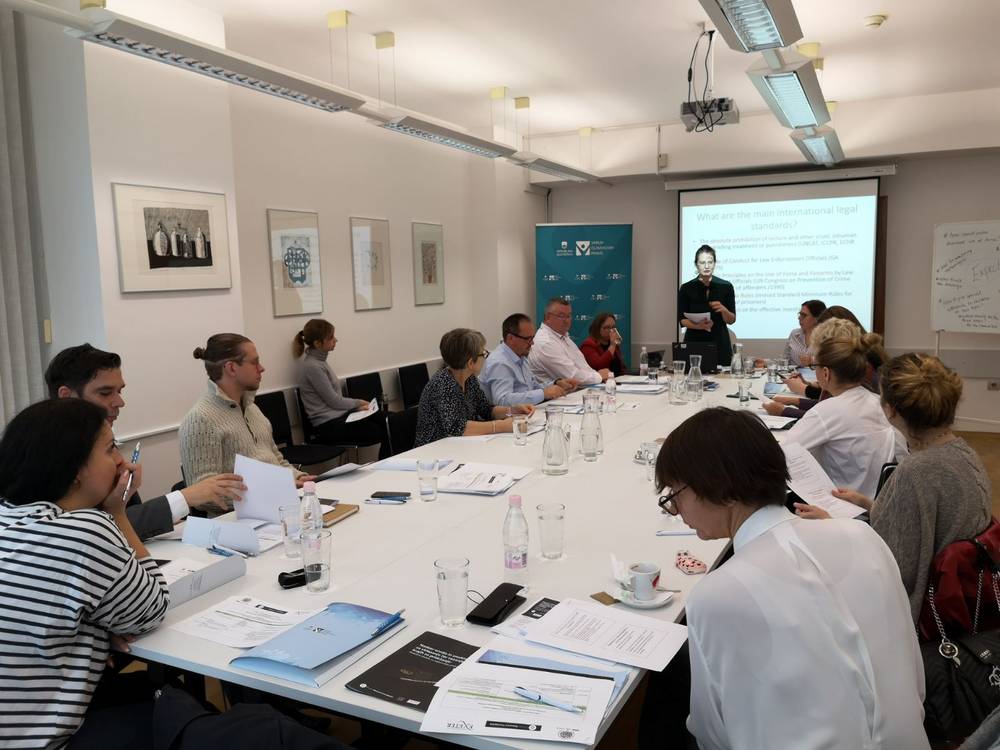 At the request of the Head of the National Preventive Mechanism (NPM) and Deputy Ombudsman, Mr Ivan Šelih, on 21 November 2019, the Office for Democratic Institutions and Human Rights (ODIHR) of the Organization for Security and Cooperation in Europe (OSCE), in cooperation with the Omega Research Foundation and the University of Exeter, conducted a training on the monitoring of the use of weapons and restraints and the prevention of torture for the employees of the Human Rights Ombudsman of the Republic of Slovenia (the Ombudsman) and the representatives of non-governmental organisations participating in the performance of tasks and exercise of powers under the NPM.

The training session included a detailed presentation of international norms and standards, such as the Nelson Mandela Rules (2015 NPM Report, page 195), regarding the use of weapons and restraints by police and other security personnel. The participants learned about particular means of force, various (international) standards and provisions applying to different equipment, and the importance of detailed recording of the use of particular means of force.

Special attention was given to the monitoring of the use of means of force (e.g. the provisions of the Istanbul Protocol), as it is particularly important that monitors are able to recognise and differentiate between weapons and restraints that are inherently abusive and those that may have a legitimate use under certain circumstances but can easily be misused. For this purpose, the providers of the training supplied the Slovenian translation of the Omega Research Foundation’s Practical Guide on Monitoring Weapons and Restraints in Places of Detention, which will further help the participants in carrying out the monitoring.

Special attention was given to electric stun guns as a new means of force that Slovenian police officers may use under the conditions provided by the Police Tasks and Powers Act. Mr Blaž Kovač, from Amnesty Slovenia, presented the historical perspective of the introduction of the electric stun gun into our legal order. The participants were also informed about the international norms and national standards on the use of such devices and about possible risks related to human health and rights. They discussed their expectations and standards that will be used in the monitoring of this area, and possible recommendations and the monitoring of such recommendations, so that electric stun guns are not used more than strictly necessary.

The Ombudsman has had reservations with regard to the use of the stun gun as a restraint device, as it believes (like the CPT) that its use should be strictly limited to cases where there is a serious and immediate threat to life or risk of serious injury and when this cannot be prevented in other ways, i.e. when this is the only option besides the use of other means that present a greater risk of causing serious injury or death (e.g. firearms).

The participants generally agreed that the training session was useful and helped them better understand the particular types of means of force, the importance of the training of security 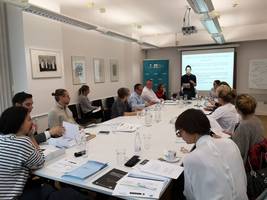 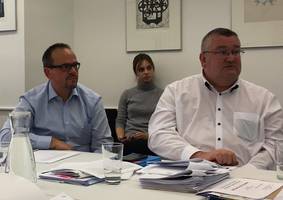 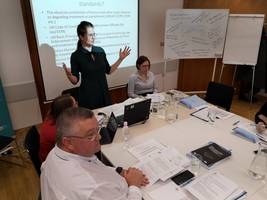 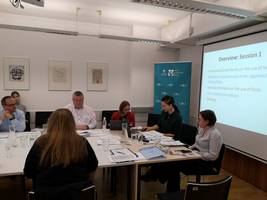