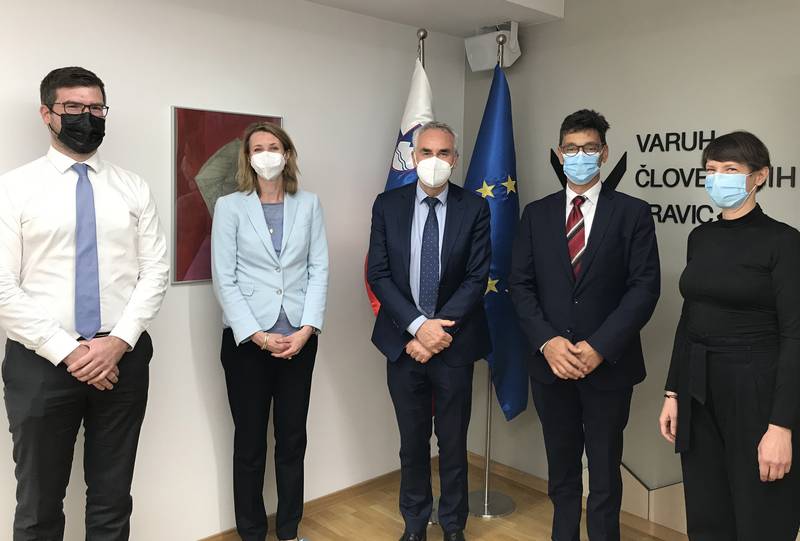 On the occasion of International Day for the Elimination of Racial Discrimination, celebrated on 21 March, Ombudsman Peter Svetina recalls the harmful consequences of racism and other forms of discrimination in terms of poverty, outbursts of conflict, economic growth, development and good governance. "Although discrimination on the basis of race and nationality is prohibited in the European Union, it is still present not only abroad but also in our country. Various movements around the globe attest to this, while at home, it can be seen through our attitude towards foreigners and members of ethnic communities. Our efforts to eliminate racial discrimination should be oriented towards the fundamental values of the European Union, such as acceptance, solidarity and inclusion," points out the Ombudsman.

"Our economic and social recovery from the consequences of the epidemic should be accompanied by efforts to oppose racial discrimination, which is the main hindrance to development," says the Ombudsman. "People who are victims of discrimination, including racial discrimination, are marginalised by the society and are deprived of equal opportunities in developing their personality, achieving their full potential and contributing to economic growth. An approach based on the respect of human rights enables everyone to contribute to economic growth and enjoy its fruits," the Ombudsman recalls.

Sustainably oriented economic growth is based on good governance. It encourages participation, transparency, responsibility, efficiency and justice, and promotes the rule of law. It further requires political, social, legal and economic priorities to be based on broad consensus within society and to take into account the voices of the poorest and most vulnerable groups.

"A mere declaration against racism is not enough. It requires our active endeavours to combat it. We must create an environment that does not tolerate racism. We must continuously pay attention to signs of racism and weed it out at its onset. We must condemn ideas that encourage discrimination based on race or other circumstances, thus attempting to prevent their consequences. After the fact, the damage to a person's dignity has already been done, their rights have already been violated and so has their humanity," says the Ombudsman Peter Svetina.

On 21 March 1960, the police in Sharpeville, South Africa, shot and killed 69 people and wounded over 300 others who gathered to peacefully protest against the laws imposed by apartheid. At a session of the General Assembly of the United Nations in 1966, that day was proclaimed International Day for the Elimination of Racial Discrimination in order to commemorate the tragic events that occurred in Sharpeville. Since then, we have unfortunately witnessed many more such events. That is exactly why this day is a reminder of the horrific consequences of racism, as well as a call for us to do our duty to decisively eliminate racism and other forms of discrimination.