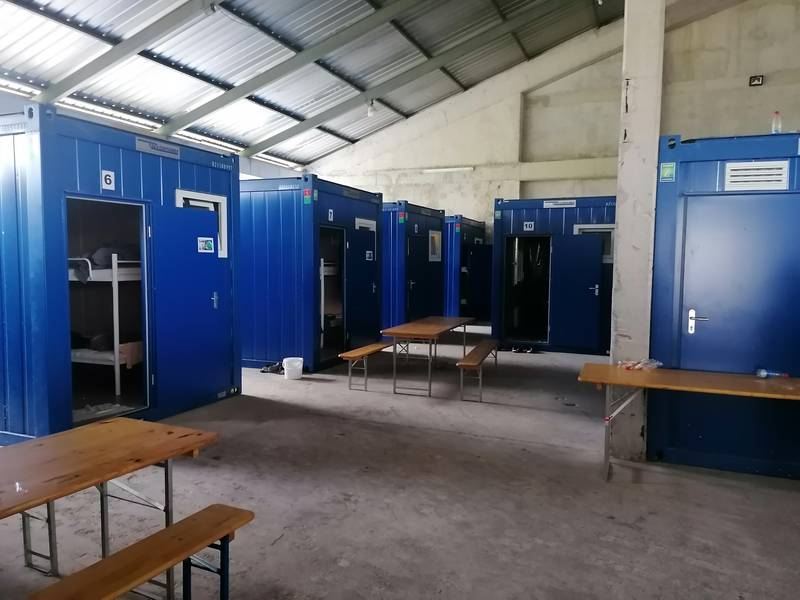 The institution of the Human Rights Ombudsman of the Republic of Slovenia (hereinafter: the Ombudsman) has examined the changed regime of placing...

The Human Rights Ombudsman of the Republic of Slovenia (hereinafter referred to as the Ombudsman) looked into various initiatives concerning people... 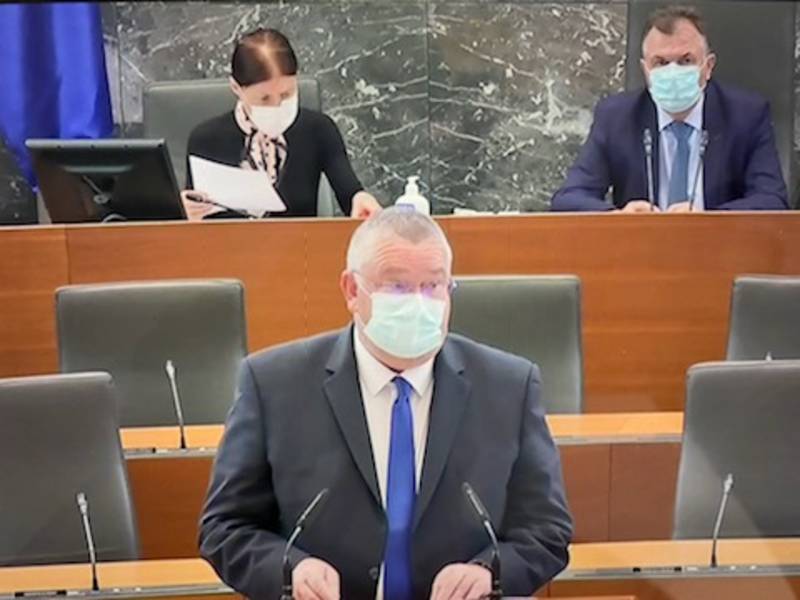 The National Assembly of the Republic of Slovenia took note of the 2019 Report of the National Preventive Mechanism at today's session of 22 October... 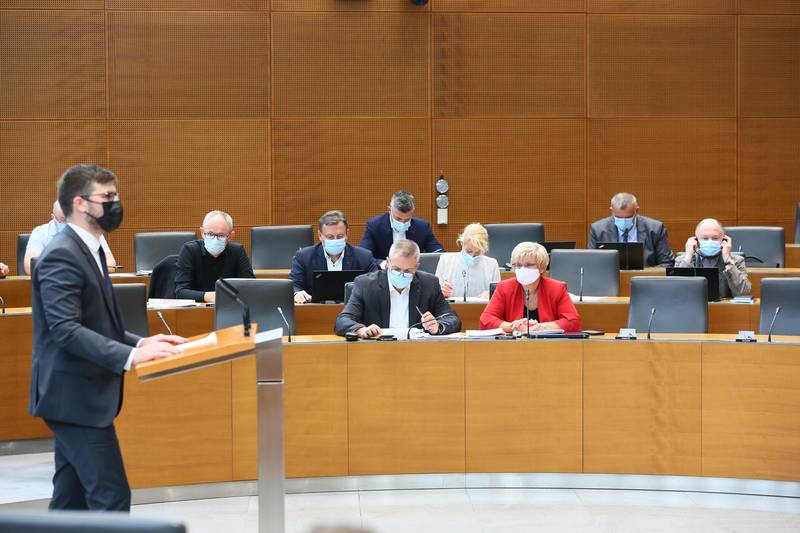 Despite the Ombudsman's recommendations not being legally binding, their implementation represents an important indicator of respect for human rights
The Human Rights Ombudsman
10/22/2020

the National Assembly of the Republic of Slovenia discussed the 25th Annual Report of the Human Rights Ombudsman and the report on implementing the... 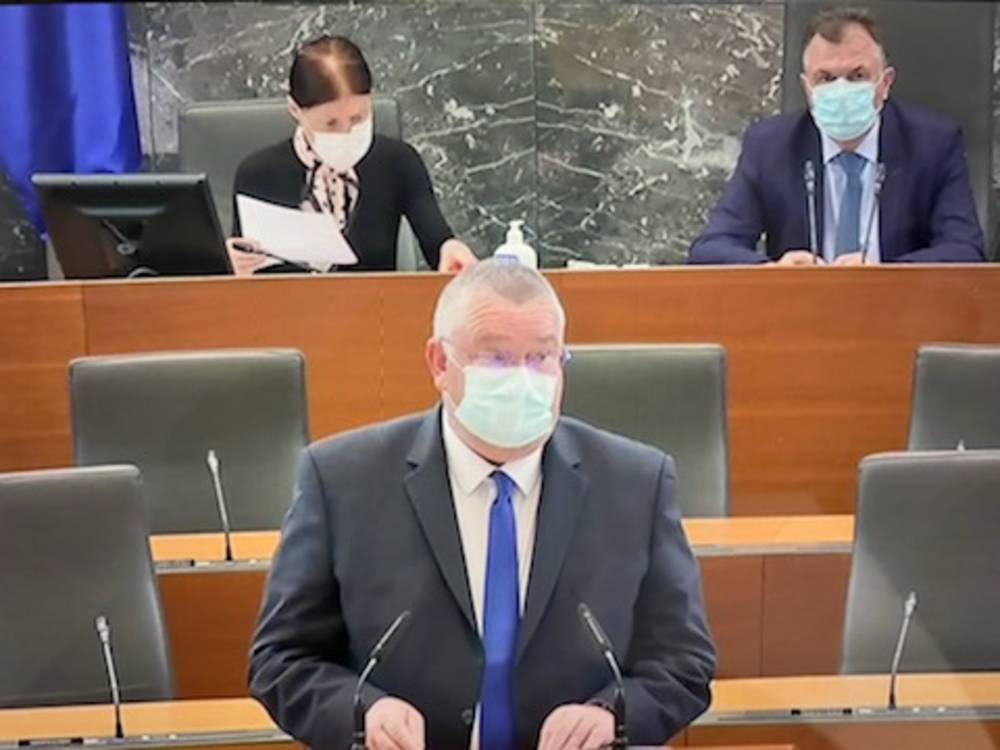 He said that the Ombudsman as a representative of the NPM visited 63 places of the deprivation of liberty in Slovenia in 2019: police stations, prisons, the Radeče Correctional Facility, the Centre for Foreigners, two psychiatric hospitals, social protection institutions, and residential treatment institutions, where he investigated how individuals deprived of their liberty are being treated. "Most of these visits were unannounced, while we also arranged more than ten thematic visits, during which we focused on a specific topic we had chosen beforehand. In cooperation with a medical expert, for instance, we visited residential homes for the elderly and observed how the elderly were being treated in the evening hours. We paid special attention to the therapy residents were receiving, especially regarding sleep aids," explained Šelih. He also added that, after each visit, a comprehensive report with proposals and recommendations for the elimination of established irregularities and improving the situation is prepared.

The National Preventive Mechanism issued 416 recommendations in 2019, while Deputy Ombudsman Šelih praised the relatively good responses to the NPM's findings by the responsible authorities. The visited institutions try to implement all measures required to make improvements in their jurisdiction; however, as Ombudsman Peter Svetina has noted multiple times, it is unacceptable that 28 of the NPM's recommendations were not taken into account by the responsible authorities, while institutions failed to respond in ten cases. The institution of the Human Rights Ombudsman expects that institutions take their recommendations into account and desires more constructive cooperation with the relevant ministries, especially regarding issues requiring systemic changes, according to Šelih.

In his address, Deputy Ombudsman Šelih mentioned the visits to residential homes for the elderly, where the NPM often discovered a shortage of staff, especially in the night-time, e.g. the secure ward is often left unattended for periods of time. As in previous years, the Ombudsman identified significant problems regarding obtaining the legal basis for detention in institutions where the protection of residents is not carried out by locking the ward. "We determined that the procedures for the verification of secure wards at the relevant ministry take very long to complete. In some cases even eight years. The secure wards in residential homes for the elderly have been overcrowded for some time now. We even found cases where a person with dementia was placed in a bathroom because the ward was full," explained Šelih. He also emphasised that the mentioned shortage of staff and this year's COVID-19 epidemic cannot serve as excuses for accommodating people from secure wards of residential homes for the elderly, where people with dementia are placed, and from special social protection institutions in dining halls, living rooms, halls, or bathrooms.

Deputy Ombudsman Šelih also noted the issue of individual cases of overcrowded prisons, which is also a consequence of an increase in the number of foreigners. According to Šelih, there is a shortage of staff in all areas of care for people whose freedom of movement has been restricted, especially a shortage of judicial police officers. When visiting the Radeče Correctional Facility, the National Preventive Mechanism assessed that some parts of the institution are completely unsuitable and markedly unfriendly to young persons, and do not contribute to their successful rehabilitation. The women's prison in Ig is also in dire need of renovation. The Ombudsman also underlined the need to continue the construction of a new prison in Ljubljana, especially in light of overcrowding and the implementation of a judgement of the European Court of Human Rights.

The Head of the National Preventive Mechanism also underlined the Mental Health Act, as the Ombudsman has been stressing the importance of and waiting for amendments to this Act for more than ten years. "The Constitutional Court has already judged the Mental Health Act to be unconstitutional twice, while the responsible ministry has been promising amendments, which nevertheless have yet to materialise. It is unacceptable that the amending act is just sitting on the table due to the inefficient work of the relevant authorities and intersectoral cooperation," added Šelih.

The National Preventive Mechanism will continue to actively visit places of the deprivation of liberty and, based on its findings, provide recommendations to improve the situation where necessary.

Report of the Human Rights Ombudsman of the Republic of Slovenia on the implementation of the tasks of the National Preventive Mechanism under the Optional Protocol to the UN Convention against Torture and Other Cruel, Inhuman or Degrading Treatment or Punishment for the year 2019 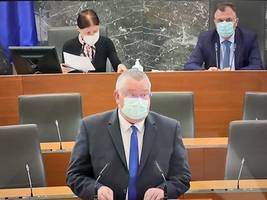