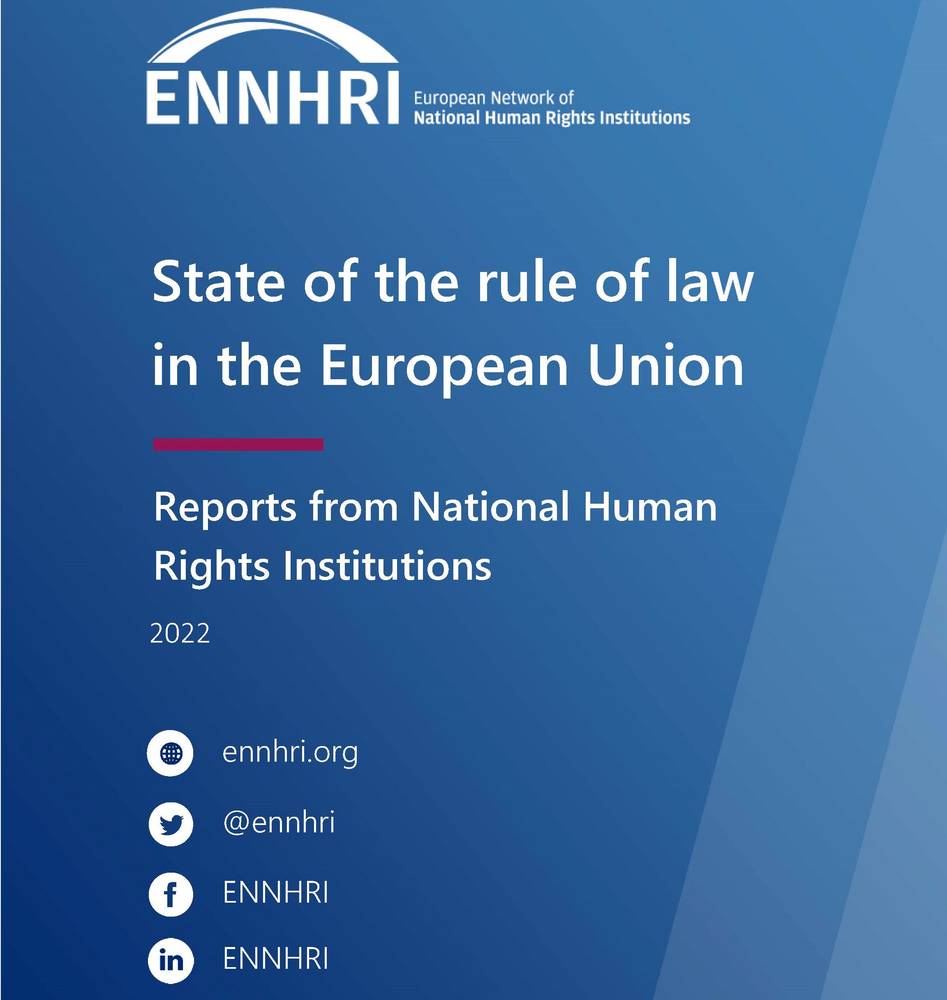 This current report highlights the key findings and challenges relating to the rule of law in the EU in 2021 as seen by national human rights institutions. The trends outlined by the reports on developments in 2021 show that no great progress had been made in resolving problematic issues affecting the national rule of law environments in the EU since the national institutions’ reports of previous years. The ongoing challenges include:

- the numerous issues that adversely affect the independence and effectiveness of national human rights institutions in many EU Member States;

- a deterioration in the conditions under which human rights advocates and civil society organisations operate;

- obstacles to the effective operation of justice systems in many EU countries;

-  a decline in media freedom and pluralism throughout the EU;

-  the situation regarding corruption in some EU countries and the ongoing deficiencies in the protection of whistleblowers throughout the EU, which have led to even greater efforts on the part of national human rights institutions to argue for stronger anti-corruption frameworks and encourage more effective implementation of EU rules on whistleblower protection;

- serious challenges to the rule of law and the protection of human rights as a result of the Covid pandemic and the measures adopted to control it;

- systemic violations of human rights, particularly rights to equality, non-discrimination, freedom and social rights, which continue to have an adverse impact on the national rule of law environment in many EU Member States, as demonstrated, among other things, by the failure to enforce European Court of Human Rights judgments properly and on time.

ENNHRI also makes several recommendations aimed at strengthening the rule of law at the level of individual countries and of the EU as a whole, in all areas addressed:

2.    respect for and the protection of civic space and human rights advocates;

3.    guarantees of media freedom and pluralism, and of freedom of expression and information;

4.    efforts to address and mitigate the effects of Covid-19, and the measures taken in response, as they relate to the rule of law and the protection of human rights; and

The Human Rights Ombudsman’s contribution to the ENNHRI report examines the state of the rule of law in Slovenia. It can be found in English here. The report on Slovenia contains an overview of the situation, as well as concrete recommendations for improving it. These recommendations stem from specific cases and from the cases it has dealt with at its own initiative, as well as the recommendations that the Ombudsman has addressed to various institutions and that also feature in its annual report to the Slovenian National Assembly.

Among other things, the Ombudsman highlights the issue of strategic lawsuits against journalists and human rights advocates, the failure to enforce Constitutional Court rulings (including that of 10 December 2020 on the financial independence of four independent institutions) and the excessively slow implementation of recommendations made by the Ombudsman and other independent institutions. It also highlights the issue of hate speech, warns of a rise in strategic lawsuits against journalists and human rights advocates (SLAPP), and calls for immediate implementation of the EU directive on the protection of whistleblowers (Slovenia is already lagging behind with its adoption). The Ombudsman further highlights the need to act lawfully when dealing with migrants at the border, something it addressed in its 2021 report. It again stresses the need to collect detailed data, and to establish adequate legal bases that will enable such data to be collected. In the area of justice, it highlights the need to pass further measures to improve access to legal aid and adopt legislative amendments that will ensure that all victims of crime receive compensation regardless of nationality. It also points out that the state should act urgently to secure sufficient numbers of experts in family law cases, as the shortfall in numbers is leading to a violation of children’s rights. 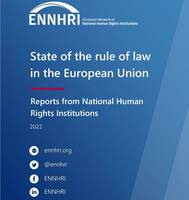