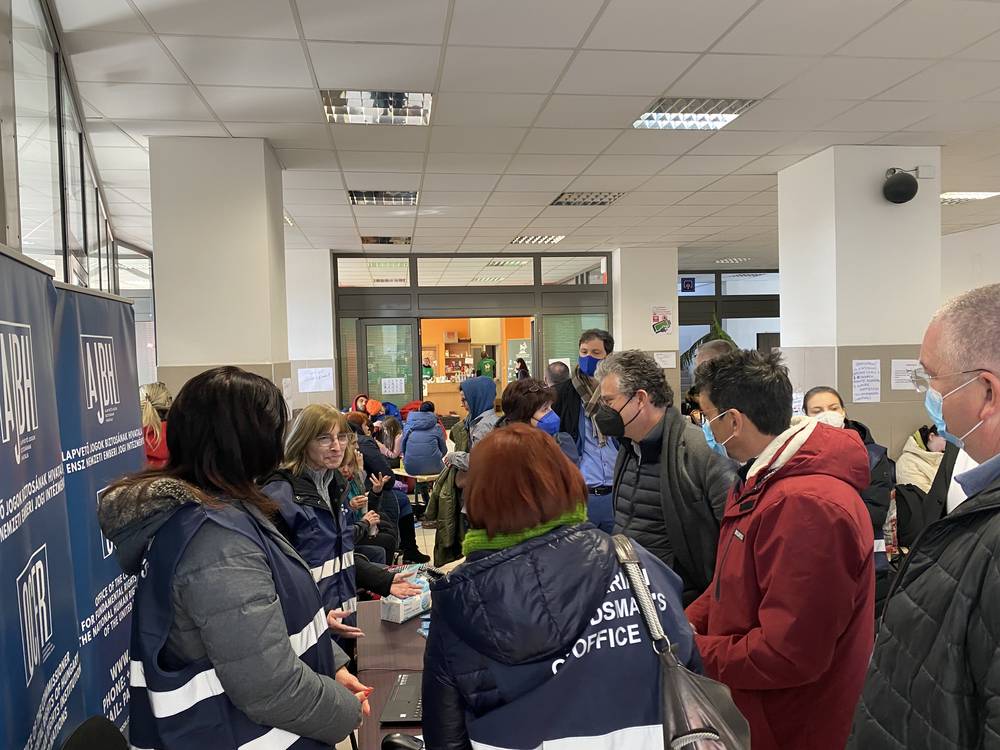 A delegation of the Board of Directors of the European Region of the IOI - International Ombudsman Institute, headed by Regional President and Ombudsman of Greece Andreas Pottakis and Board member and Ombudsman of Slovenia Peter Svetina, visited Hungary on 16 and 17 March. They met with their host, Commissioner for Fundamental Rights of Hungary Ákos Kozma, in Budapest on 16 March. The Hungarian Ombudsman presented the situation and activities of the Hungarian authorities to address the needs of the refugees since the beginning of the war in Ukraine. The IOI-Europe delegation commended the rapid organization and activities of the Hungarian Ombudsman, who assists refugees through his permanent regional office in Debrecen as well as a temporary office at Beregsurány railway station, which Ombudsman Pottakis and Ombudsman Svetina visited. Today, on 17 March, the representatives of the IOI-Europe board, accompanied by the Hungarian Ombudsman, travelled to Záhony on the border crossing between Hungary and Ukraine to get a first-hand experience of the ongoing crisis and the efforts of the Hungarian authorities to address the needs of the refugees fleeing the war in Ukraine.

Ombudsmen Pottakis and Svetina expressed deep concern about the humanitarian crisis and the suffering caused by the war in Ukraine. They called upon all sides involved to ensure the comprehensive protection of fundamental rights and freedoms of the population of Ukraine and to ensure that the civilians who have remained in Ukraine have at least the most basic living conditions ensured and access to food and drinking water. They also asked for the establishment of safe humanitarian corridors for those who want to leave the war zones.

The IOI-Europe delegation called for the establishment of a harmonized refugee monitoring mechanism across the EU, to ensure non-discriminatory treatment of refugees and appropriate recording of refugees as well as those providing transport or housing to refugees, with the aim to protect them from possible abuses. To that effect strong cross-border cooperation and exchange of information, including through Europol is needed. Taking into account that currently refugees from Ukraine are mostly women, children, disabled, elderly, and generally vulnerable people, National authorities need to ensure that refugees receive additional protection.

Ombudsmen Pottakis and Svetina highlighted the need for solidarity, irrespective of the origins of refugees or their sex, gender, religion, and other characteristics and noted that they expect European governments and the European Commission to strengthen the mandate of Ombudsman Institutions to carry out monitoring at the border crossings in Europe.

In the field, Ombudsmen Pottakis and Svetina thanked the volunteers, the civil defence, governmental and non-governmental organisations, and all individuals who help in the reception centres and other facilities to assist the people of Ukraine. 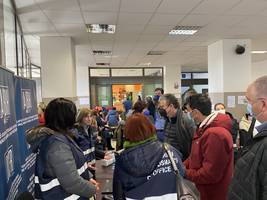